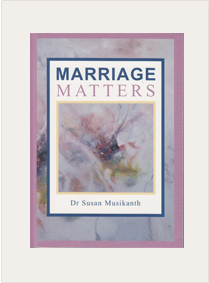 e face the awesome task of attempting to raise well-adjusted and happy children. As parents of twins, triplets, quads or more we face a doubly monumental task. Many of the issues experienced in bringing up twins are amplified. However, there are those issues particular to bringing up of twins.

Particularly in the first year of your children’s birth the parents feels guilty that they are  unable to offer the twins the attention that they require. they simply runs short of time and energy due to the huge physical demands made by the twins on the parents.

These parents need wherever possible to ask for support from family or friends or in the community.

The Mother of twins often feels resentful that her every waking hour is used to satisfy the demands of her children. The father frequently feels neglected because his wife is giving every last ounce of her time and energy to the twins.

It is essential that these Mothers and Fathers can take a small patch of time just for themselves each day just to relax and catch their breath. As a couple they too need time out to reconnect with each other.

When the twins are older, the parents often feel guilty that they are not using every minute that the twins are awake to stimulate them.

The truth is that the twins like all children need time alone where they are not stimulated but where they have space for relaxation and creativity.

Parents of twins frequently find that the setting of limits or boundaries on the behaviour of their twins is an area of uncertainty or conflict between the parents. These parents have said that the twins present a mighty force with which to contend in the face of boundary-setting.

A further issue is the feeling of some parents that their children will be damaged should they be punished.

The answer to that is that no child will feel happy to be punished. But will benefit from constructive limit setting by parents with long-term feelings of security and emotional maturity ensuing.

One question that parents of twins have is what if my child is hyperactive or is academically slower than their peers or if one seems to have difficulties and the other does not present with these?

It is important to treat twins as individuals with different needs, talents and vulnerabilities.

Do twins benefit from being in the same class at school or should they be separated into different classes?

My own sense is that the twins will benefit from being in separate classes from the start in that they will be developing here too as individuals.

In the same vein, parents ask if they should dress their same-sex twins in the same clothes or differently.

So in conclusion, it appears that raising twins is an amplified version of raising single children. There are, however, those issues particular to raising of twins such as same or different classes at school, clothes to wear and much more. If these parents ensure that they engage as much support as they can from family, friends and from the community, they are most likely to raise mature, healthy and happy young people.